My trip was motivated by a FlyerTalk get-together (called a Do) planned around eating Jewish deli food in New York. I also wanted to see the Jasper Johns retrospective at the Whitney Museum. And, of course, I always want to go to the theatre. I had been thinking of going to Mystic, Connecticut for a while, largely because I’d never been there, so I threw in a couple of days there on the way to New York. (Er, yes, I do realize that normal people don’t define “on the way” to include places that are further away, but I have been known to go to Hawaii on the way from D.C. to Los Angeles.)

Amtrak’s schedule to Mystic is not particularly convenient, so I ended up arriving at nearly 11 at night. It was a short walk from the train station to the Whaler’s Inn, which I chose on the recommendation of a friend. However, the first part of the walk was characterized by a significant dearth of streetlights, so was a bit scary. Fortunately, Main Street is better lit and I got to the hotel safely. The Whaler’s Inn is charming and cozy. It was too cold out, however, to relax in their Adirondack chairs out front, but that would be nice in summertime.

In the morning, I had a lovely breakfast of brioche French toast with blackberries and surprisingly good coffee at the hotel restaurant (The Shipwright’s Daughter) before walking a little under 2 miles to the Mystic Aquarium. The weather was decidedly chilly, which was perfect for the reasonably scenic walk. The aquarium was worth the effort. While they don’t have any sea dragons or seahorses, they have a good assortment of other sea creatures, starting with a touch pool full of manta rays. I was amused by this sign at the hand washing station for the touch pool: 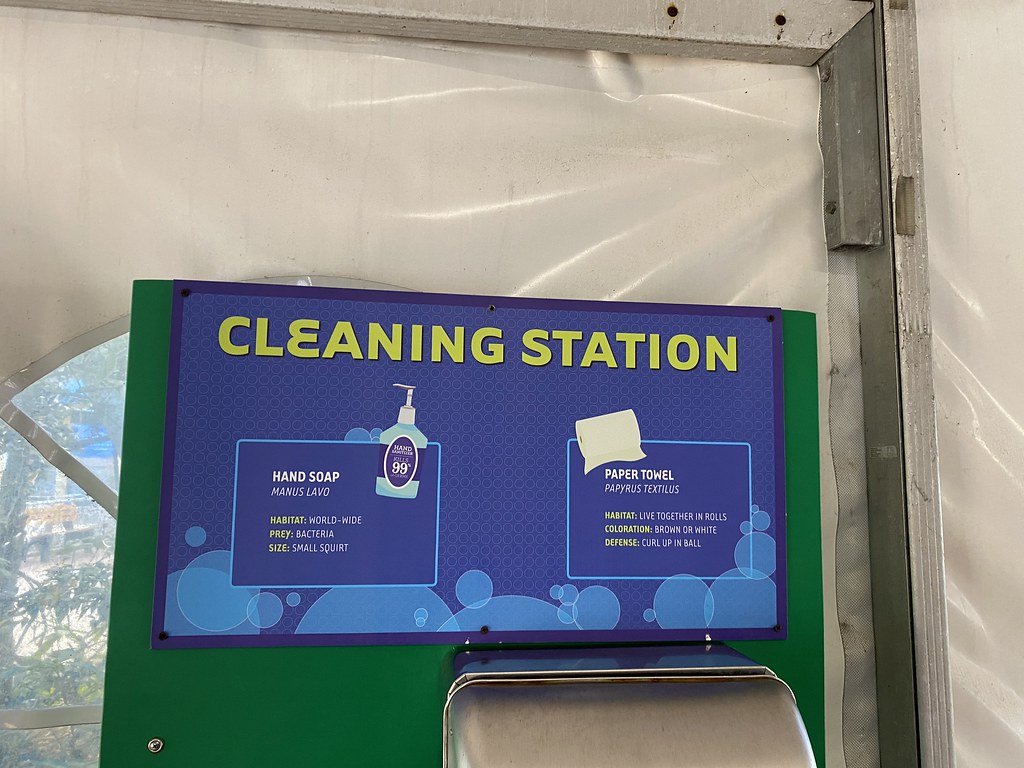 One of their strengths is a wide range of jellies: 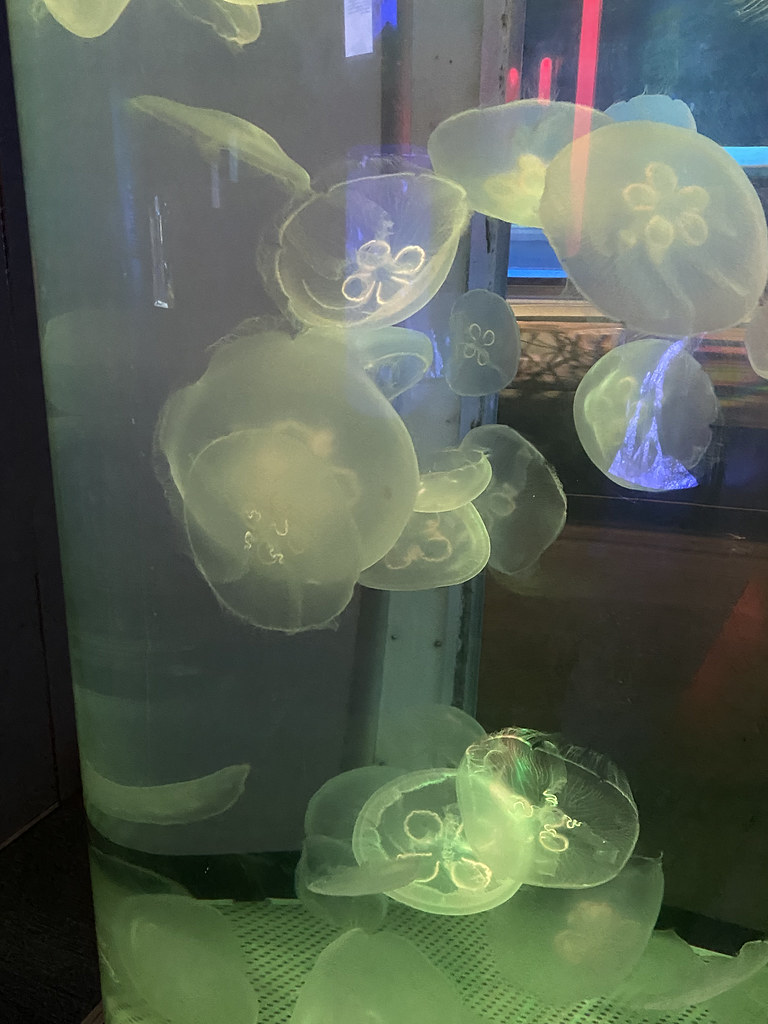 There was a so-so seal show, but the outdoor seal and sea lion display area was better. There was also a large outdoor area for African penguins. But the best outdoor display was of beluga whales. There was even an underwater viewing area, where you could get up close to them. 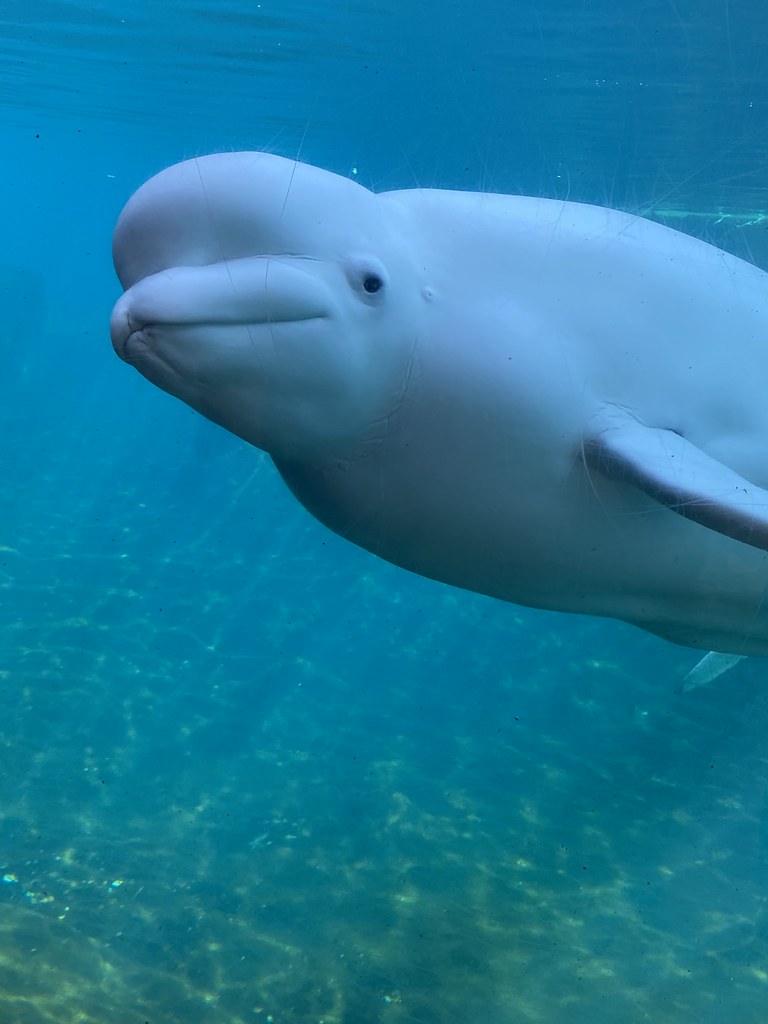 After I left the aquarium, I walked around Olde Mystick Village, which is a very touristy shopping area and is, frankly, skippable. Then I walked back to my hotel, where I rested for a couple of hours, before taking the short walk downtown and having dinner at Mystic Pizza, which was reasonably good, especially with a nice hoppy beer.

The next day’s venture was to the Mystic Seaport Museum, which was considerably closer to the hotel, though I still got plenty of steps in. The displays are spread over several buildings and there are talks and demos at many of those. For example, I listened to a talk about lobstering, that focused on the changes in the lobster pots used over the years. One of the most interesting demos was from the guy in the woodcarving shop, who talked about how figureheads were used to tell illiterate immigrants which ship they should go to. There was also a large museum building devoted to whaling, including recordings of both whale songs and whalers’ songs. And then there were ships, including a whaling ship. 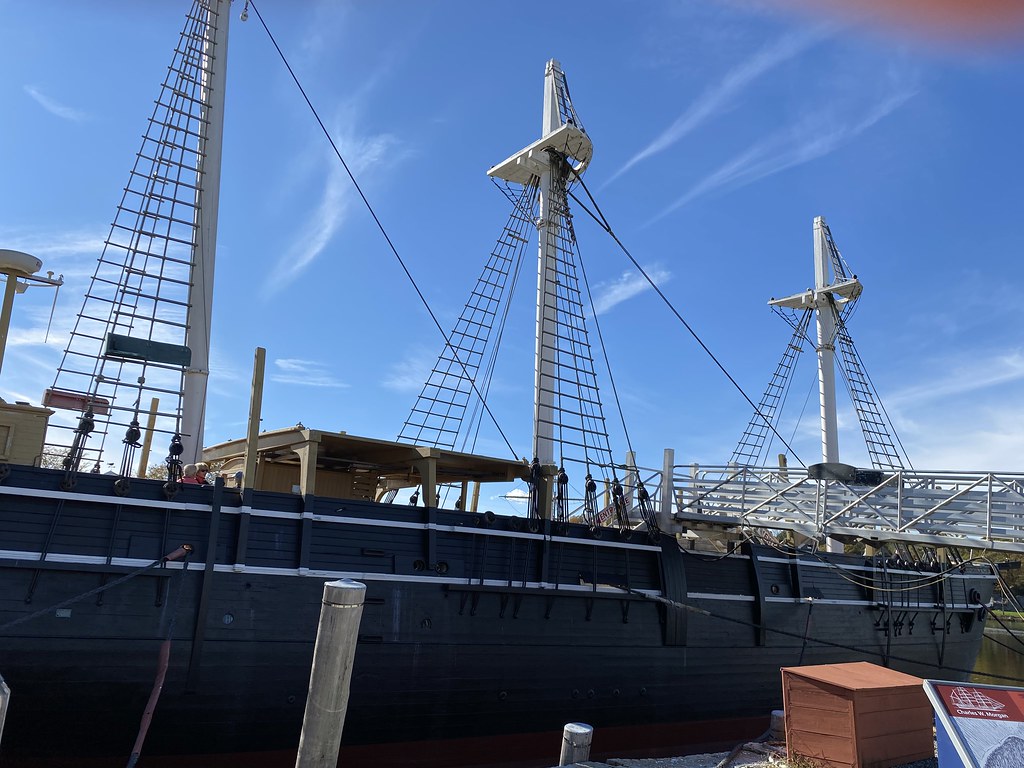 All in all, it’s an excellent museum and I managed to see about 2/3 of it before I decided I couldn’t absorb anything more. After a late afternoon nap, I went back downtown, where I had dinner and had a short browse in a bookstore.

In the morning, I meandered back to the train station, which was a more pleasant walk in daylight. But that will be another entry.

This entry was originally posted at https://fauxklore.dreamwidth.org/498456.html. Please comment there using OpenID.
Collapse